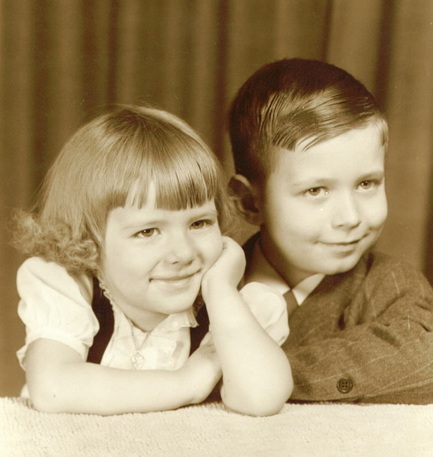 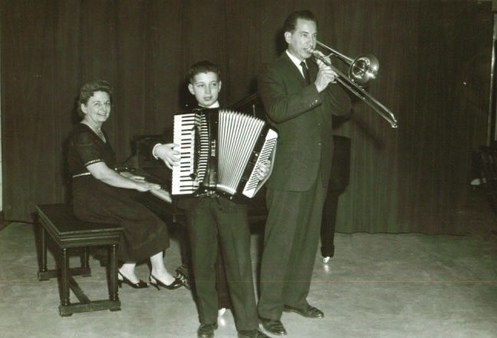 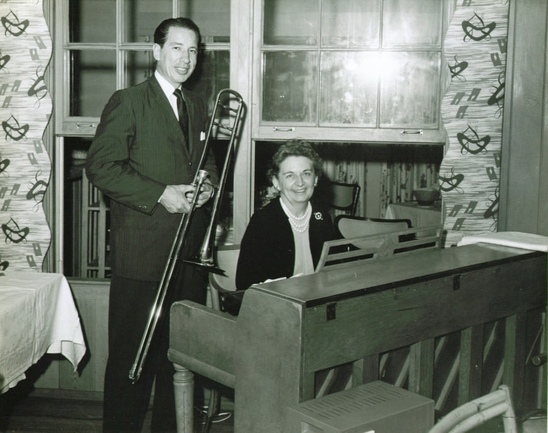 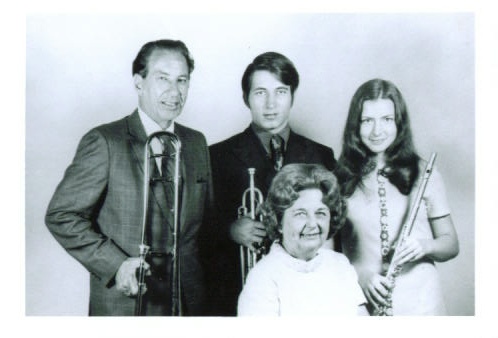 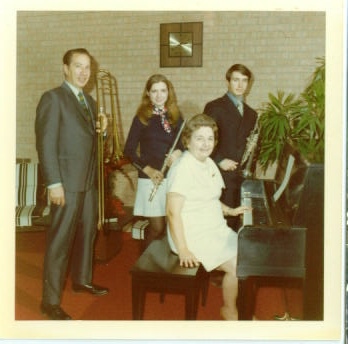 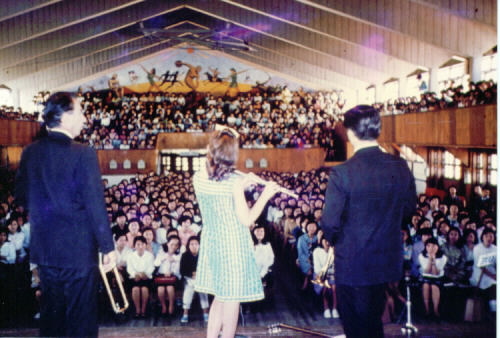 Pictured above is the original “Talley Evangelistic Team” which included Joe and Marion, son Paul, and daughter Carolyn.

Joe Talley was born in Arizona and, as a small child, began playing the banjo in Vaudeville.  He took up the trombone in college and played in Jazz bands for years before coming to the Lord.  Marion Talley grew up in Cheyenne, Wyoming and started playing the piano at a very young age.

When they began traveling, they had just one booking in Fargo, North Dakota. As they drove, they went through the small town of Wynonna Lake, IN.  There they noticed a bunch of kids coming out of an auditorium.  As they were driving, they heard, “Joe Talley, what are you doing here?”  They found out it was a Youth for Christ event, and they were asked to perform for the kids the next day.  There were Pastors from all over the country at that meeting and within an hour of their performance, they were booked solid for the next four years.

They traveled the world visiting such places as New Zealand, Australia, Singapore, Thailand, Israel, India and Europe to name a few, 92 countries in all.  They shared their music and spread the gospel message, witnessing thousands receive Christ through their ministry.  Some of their music includes:  Where He Leads Me I Will Follow, Life’s Railway to Heaven, No One Understands Like Jesus and The Savior is Waiting.

Marion Talley went to be with the Lord in 1988 followed by her dear husband only six years later.  They left a legacy of wonderful gospel music and lives touched for Christ all over the world.

Paul and his wife, Cindy, continue the tradition of “The Traveling Talleys,” taking their music and the gospel message across America.  Paul’s sister, Carolyn, plays her flute with her church orchestra each week.